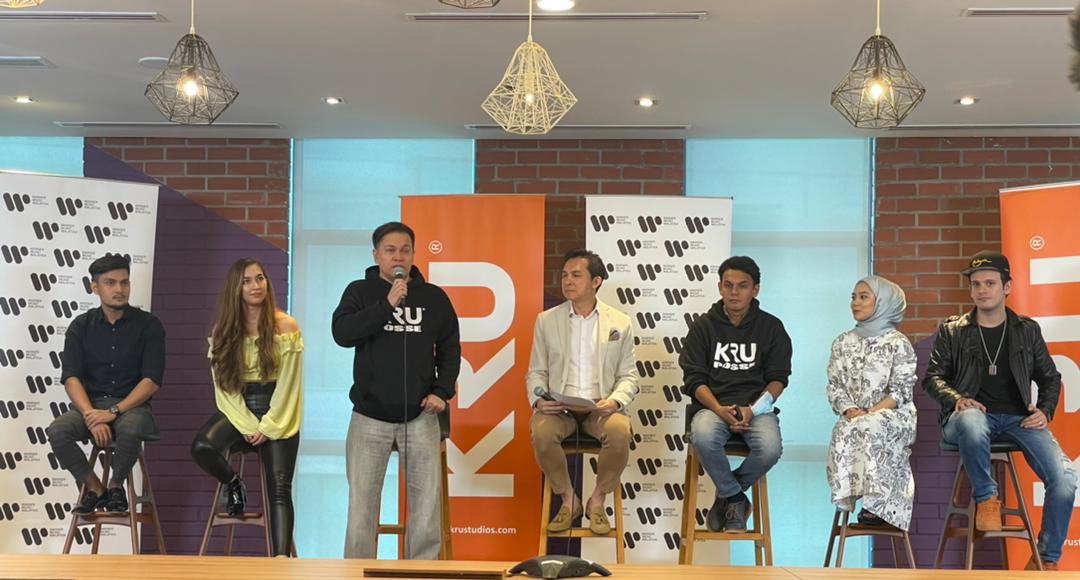 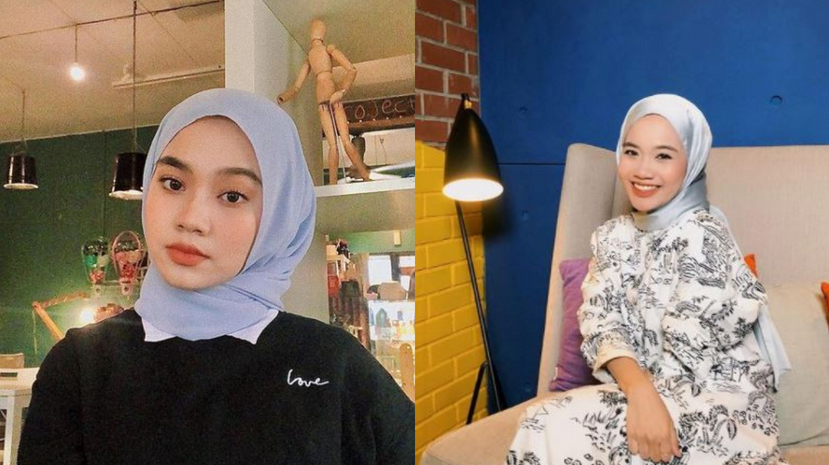 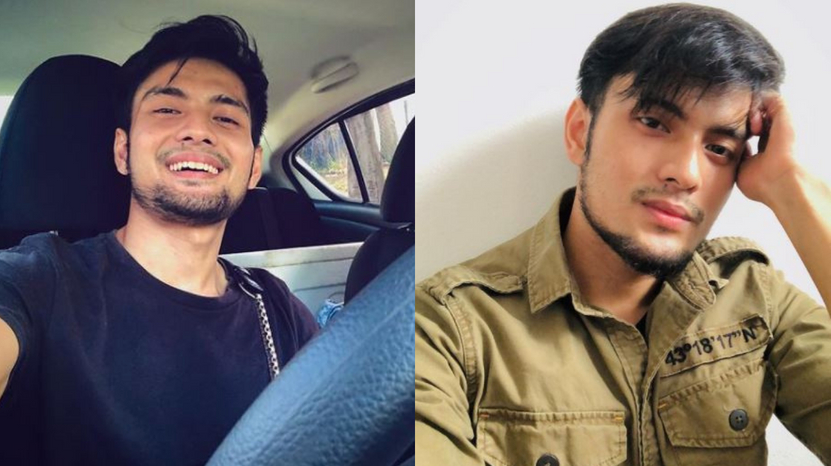 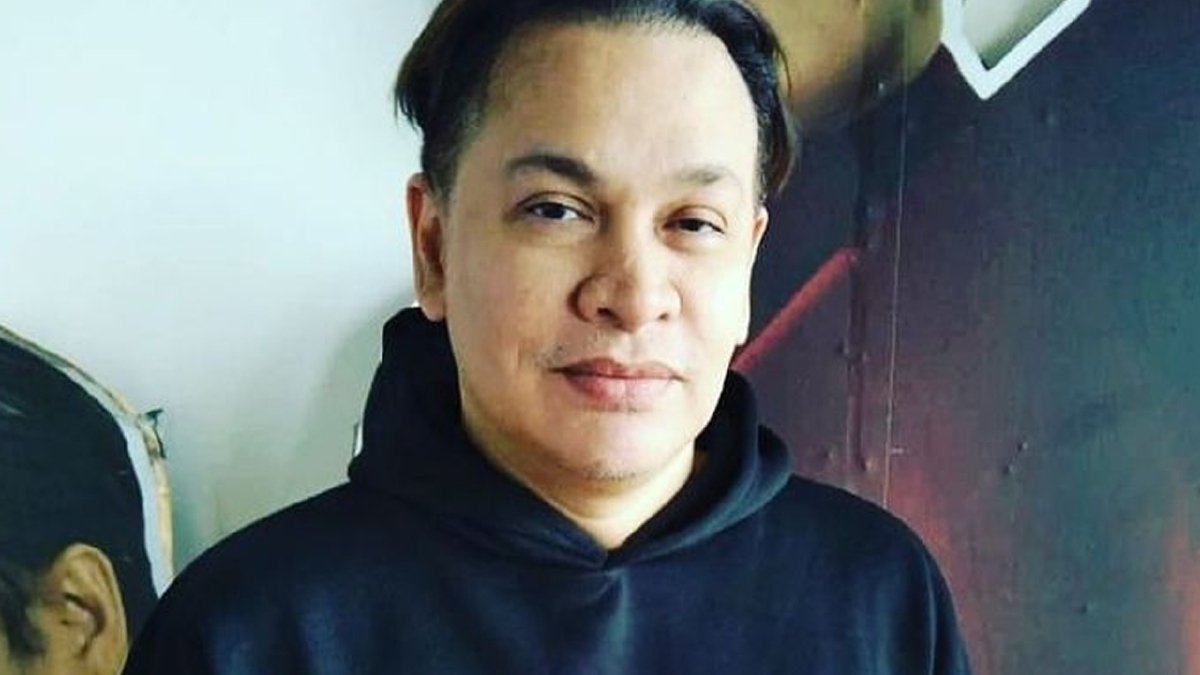 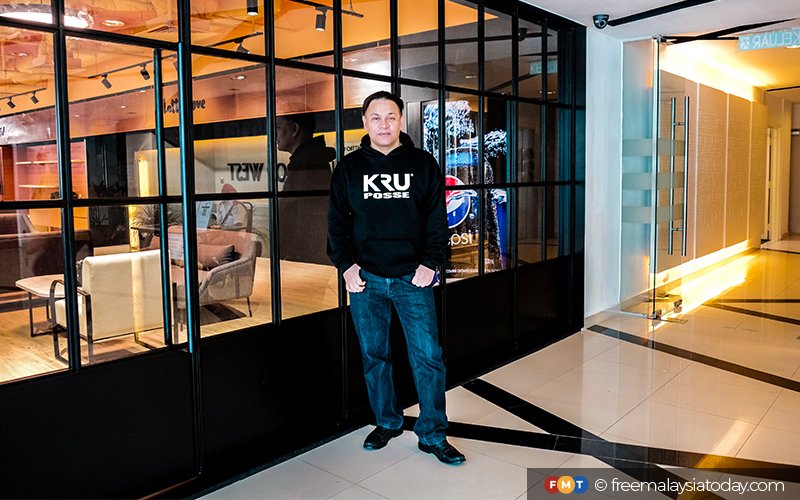 KRU on the upbeat, from hip hop to music mogul

PETALING JAYA: From pioneering rapper to would-be global music mogul, that’s been the trailblazing journey of Norman Abdul Halim, one of the three brothers who formed the hip hop band KRU.

Norman, Yusry and Edry struggled to break mainstream barriers with their rap songs and foreign hip-hop image in the 1990s and 2000s.

Resistance from government-owned radio and TV stations meant that their music received little air time – so much so nine out of ten songs on their debut album Canggih were banned from radio in 1992.

Their concerts were even banned after objections from several state political leaders.

KRU received so much attention, their music was even discussed at Cabinet meetings.

Their big break came when Anwar Ibrahim, who was acting prime minister for a spell, publicly announced that KRU should be allowed to perform.

In their three decades in music, Norman and his brothers left a lasting mark on the local music scene, with their rise to stardom symbolising a modern shift in Malaysian pop culture.

Norman spoke to FMT in an exclusive interview, discussing the many challenges of being a recording artiste and performer in the 1990s and early 2000s.

He said KRU struggled to break into the mainstream with their rap songs and foreign hip-hop image. Supporters were few and far between, especially in RTM stations, which were known as influential gatekeepers for music, film and other media throughout the 90s.

“Of course when we started making hip hop songs, it was during the rock era. We entered the industry at a time when rap was very new in Malaysia. And in terms of the branding that we brought, it was all different.

“There were some who liked it and some who didn’t. In fact, to be honest, many people did not like it,” he said, adding that they also sang and rapped in two languages, a rare practice at the time.

In 1992, nine of the 10 songs on their debut album “Canggih” were banned from radio for supposedly promoting immoral western culture, among other excuses.

In the end, RTM agreed to carry their song titled “2020”, but not before they were asked to change the lyrics.

“It was actually a patriotic song, but done in a rap style. In fact, in our original song, the lyrics were sung as ‘two-zero, two-zero’. As rappers, we wanted something different. We were asked to change it to the Bahasa Melayu translation, ‘dua puluh, dua puluh’,” he said.

Norman said, aside from censorship, they faced criticisms and bans on their live shows, with a three-month ban in 1997 being one of KRU’s toughest periods.

At the time, the trio was set to do a 15-stop concert across the country. However, several state chief ministers were fully against their live concerts, arguing that they were unIslamic and a corrupting influence on Malaysian values.

He said there was a lot hinged on the success of the tour, including the salaries of their crew members. The group even took a bank loan to purchase their show equipment.

After a while, he said their concerts became a topic of discussion in the cabinet. Finally, Anwar decided in their favour — this government recognition becoming a pivotal point in their career.

It was the first time they had been acknowledged after years of criticism and censorship.

As their popularity grew, their live shows attracted thousands of spectators. KRU’s ten-year anniversary concert at Stadium Merdeka in 2002 attracted some 20,000 people.

Norman said he still misses the good old days of performing after the group disbanded in 2018.

“We had a very good time touring back then,” he said, recalling their tours around Southeast Asia. “We toured in the Philippines, Thailand, Indonesia, Brunei… I think we had a good time, but I also thought it was time to move on.”

He said the brothers were now focused on their other endeavours, including record company KRU Music, originally set up as KRU Records in 1996.

With KRU Music entering its 25th year in 2021, Norman and his brothers have big ambitions, including promoting Malaysian acts on the global stage in the next three to five years.

“Soon, we are going to collaborate with partners in Sweden, even in Korea. The whole idea is to bring up our artistes to an even larger market.”

This was important, as the small and heavily segmented local market has been a long-standing issue faced by the music industry.

Despite Malaysia’s 32 million population, the local market was further broken down by different languages, and differences in mindset and interests between the urban and mass populations.

Norman said this has made it difficult to attract large investments for higher-quality creative content.

Entering the global market however would be challenging with budget constraints. He said artistes and record labels now needed to bear increasing costs to produce good music videos.

“It is not enough to just produce songs,” he said, adding that, in this digital age, music visuals accounted for a significant portion of a record label’s revenue.

Aside from attempting to enter the global market, the company was also planning to return to their hip hop and pop dance roots, after decades of signing artistes from a mix of other genres.

He said they will be setting up sub-labels to manage other music genres including children’s songs, Islamic nasyid and rock.

The company also intends to collaborate with younger artistes and composers, and hopes to push the thriving creative industry even further. 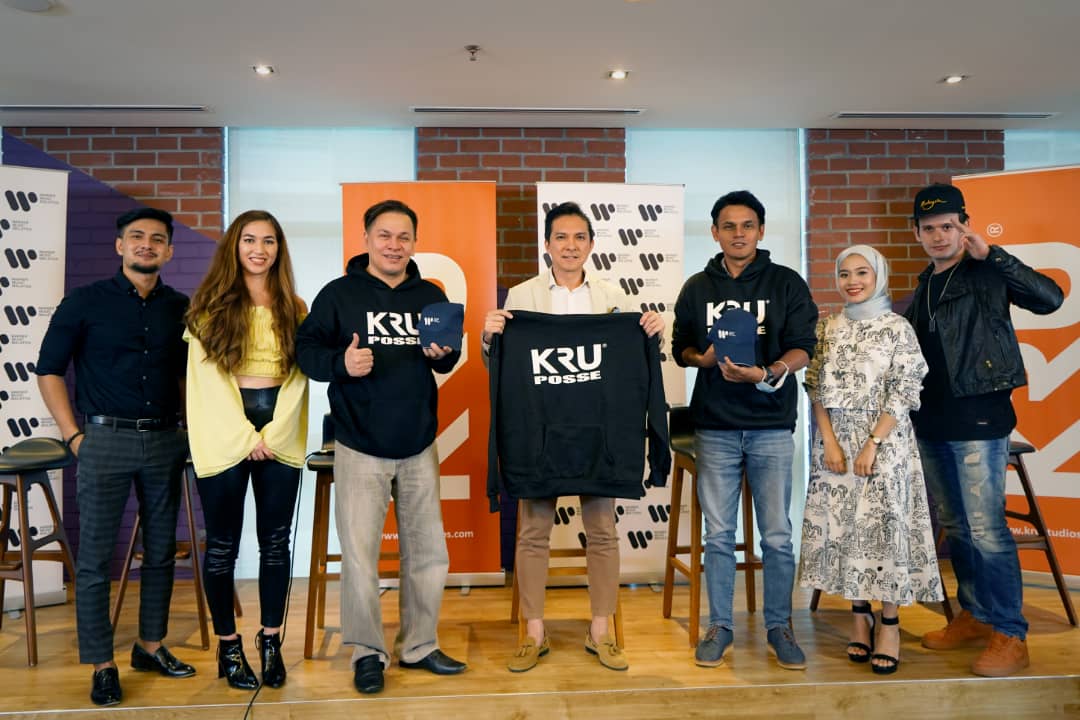 Leading Malaysian indie label KRU Music has formed a strategic alliance with Warner Music and its independent artist and label service, ADA, to market and distribute its artists’ music across South East Asia and worldwide.

KRU Music is one of the most progressive and influential labels in South East Asia, and its parent company is also home to a leading music publisher and talent management agency. The label was founded in 1996 by the singer-songwriters from the band KRU and, at 25-years-old, it is the longest lasting and most successful artist-owned indie in Malaysia.

KRU Music has a diverse roster of artists, who perform in both English and Malay, including the likes of Fitri Hakim, Forteen, Hazury, Iqwan Alif, Jaclyn Victor, Mojo and Wings.

At a media conference to announce the deal, KRU Music also unveiled the latest additions to its roster including Dian Hashim (pop), Fai Ramli (pop), Fateh (hip-hop) and Timur (pop/dance). The label said it intends to concentrate on dance, hip-hop, pop and R&B going forward, with other genres being catered for by new sub-labels.

Dato’ Norman Abdul Halim, President and CEO of KRU Music, says: “With video and music streaming contributing to the bulk of a music label’s income, independent labels’ and artists’ DIY model of self-distribution is not necessarily ideal. With this collaboration, KRU Music and our artists can leverage Warner’s size and strength to ensure our music will be more visible on hundreds of streaming platforms aiding its discovery by their users. This will give us more time and energy to focus on other aspects such as the songs, the videos and engaging with our fans.”

Chee Meng Tan, Managing Director, ADA Asia, adds: “I’m so excited to be partnering with Norman and the team at KRU. The label has consistently pushed boundaries in Malaysia and I know we can help its amazing artists connect with audiences across the region and around the world. There’s some great music in the pipeline and I can’t wait for people to hear it.”

Darren Choy, Managing Director of Warner Music Malaysia, concludes: “KRU Music is an iconic label helmed by a very visionary entrepreneur in Dato’ Norman Abdul Halim. I’ve witnessed how it has revolutionized the music industry with its innovative and significant releases from incredible acts. With the digitization of our business, our partnership has immense potential to reshape the Malaysian music industry. Our collaboration will go beyond just supporting releases to include many other projects and initiatives.” 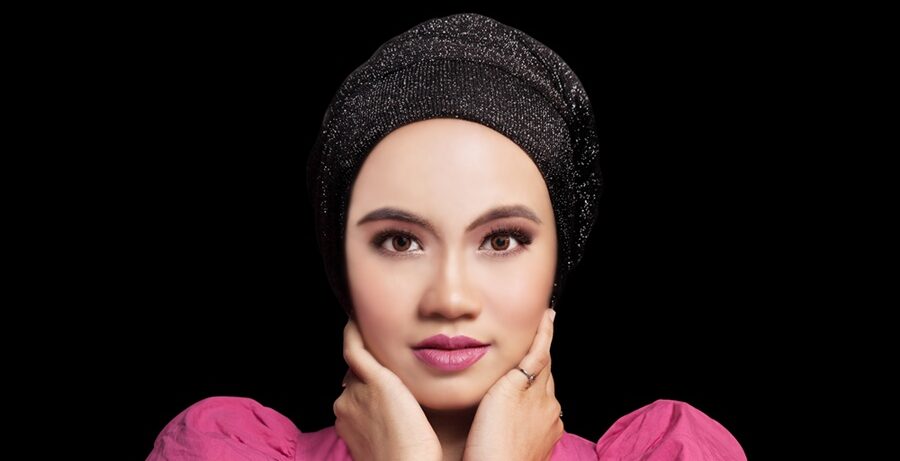 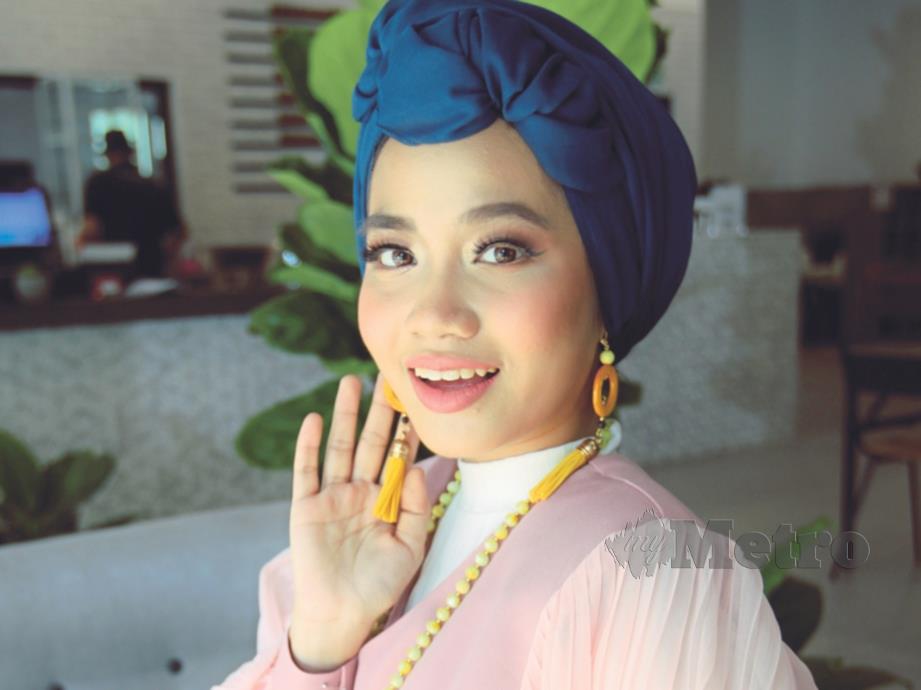 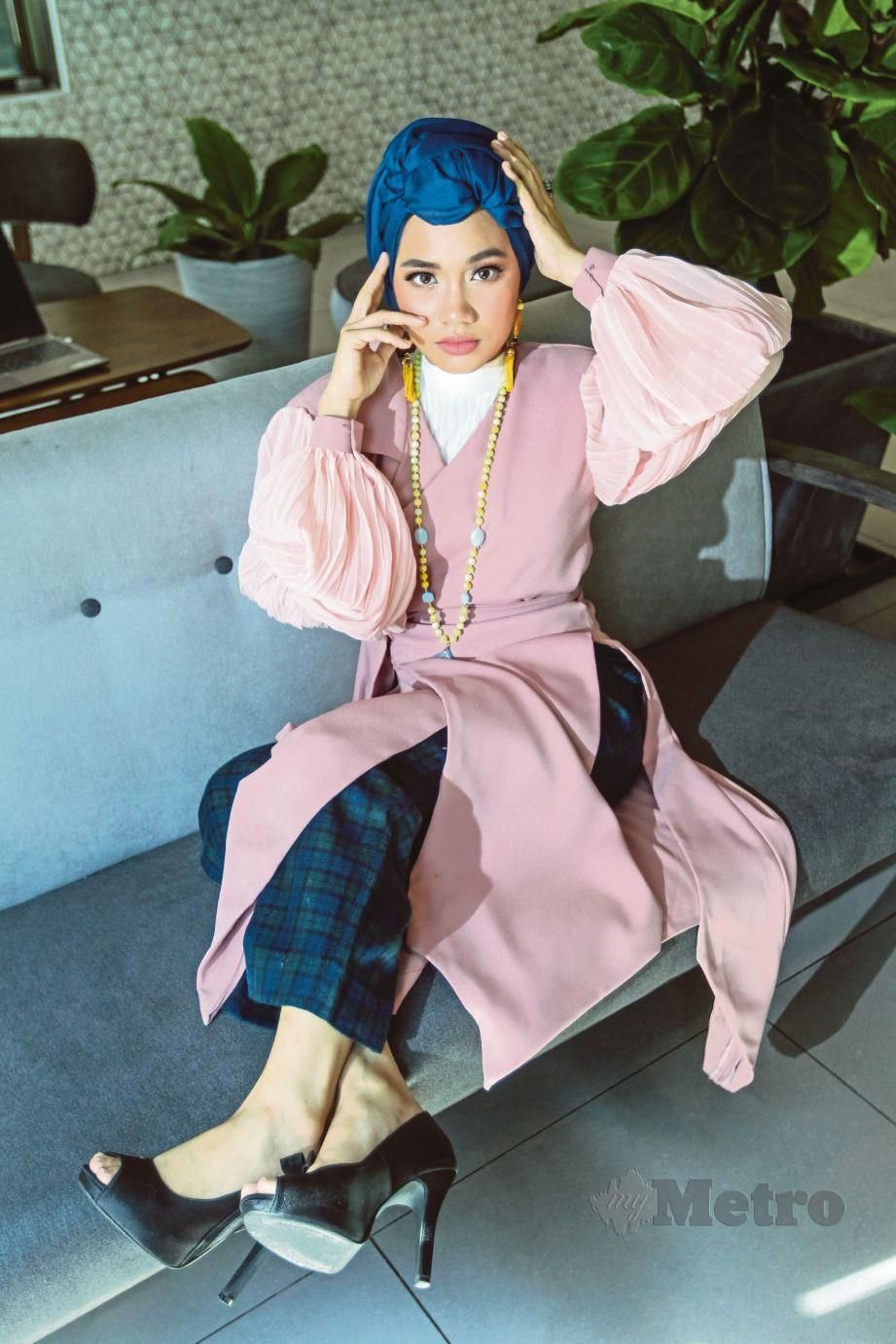 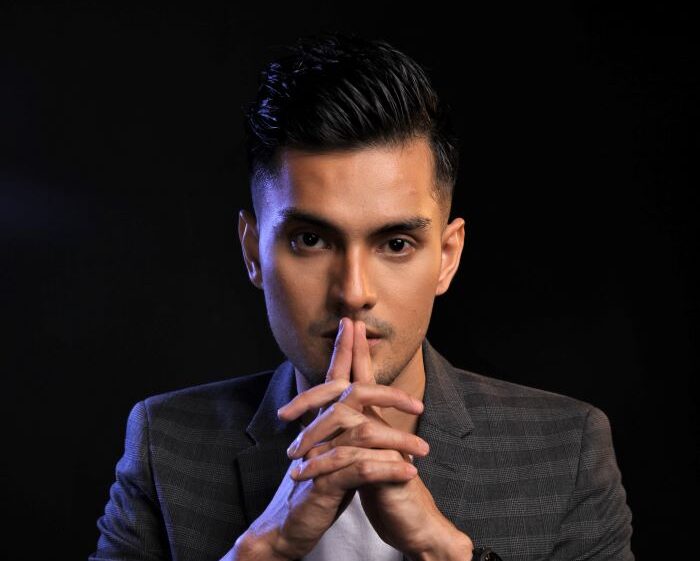 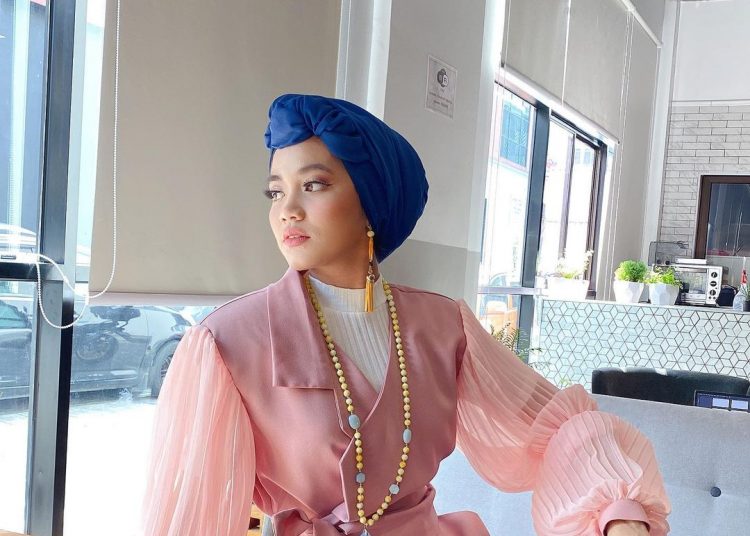